Beachaven in Bloom- Another Tale of Before and After

Mr. Grand and I just returned from a few nice days
at Beachaven, in our little cottage by the lake in Michigan.
We had some serious fun with friends on the beach
and at dinner outside on their deck.
Good times. 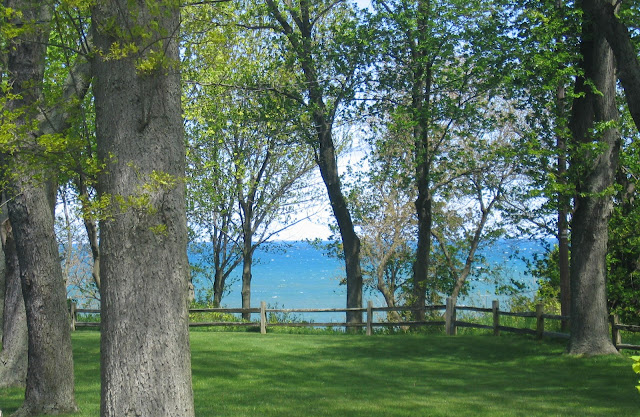 And Mr. Grand was busy planting the new little garden patch in front of our cottage.
We've never had a sunny garden space before, so we're learning as we go. 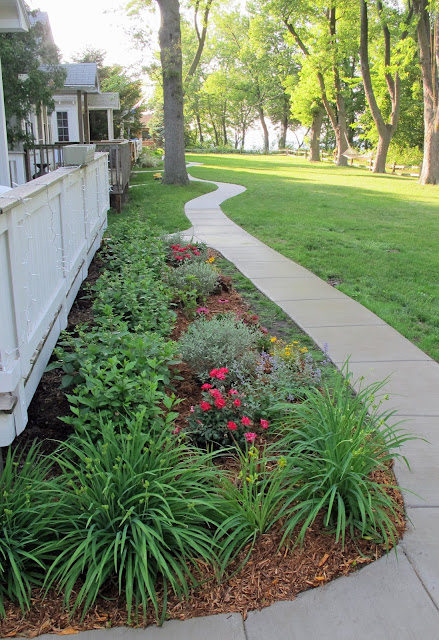 This little sunny garden patch was made possible
by the recent replacement of the awful, old sidewalks at Beachaven.

I am pretty sure that I drove all of our neighbors insane for the last several years
trying to convince them that the location and condition of the old sidewalk
was in desperate need of change.

Ok, maybe it was just me that was desperate for the change, but you be the judge!
See how the old sidewalk was jammed up against the decks of the cottages? 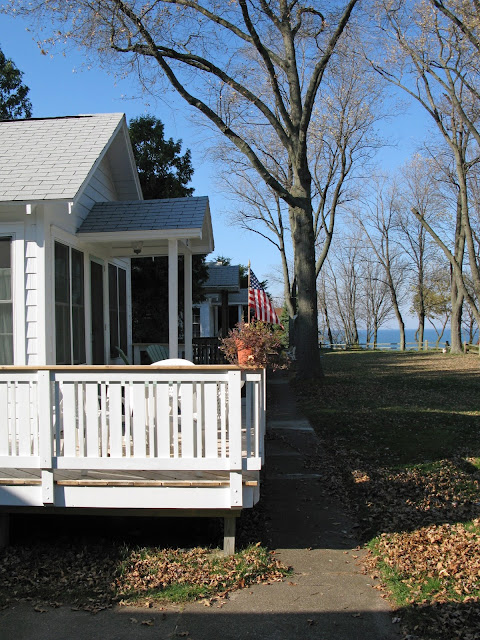 And the condition of the old sidewalk... uneven, unsafe and incredibly ugly. 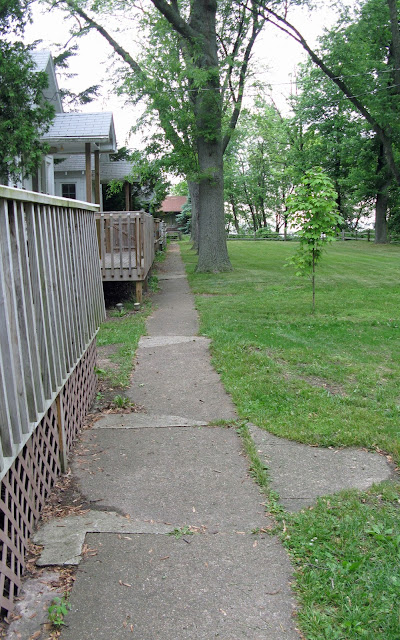 (That first lovely deck on the left was ours, before Mr. Grand built us a new one.)

Here's how I talked our neighbors into the new sidewalk.
I used my limited photoshopping skills to turn this picture- 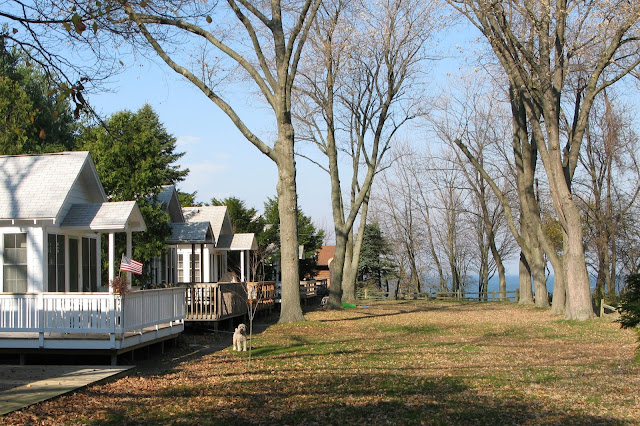 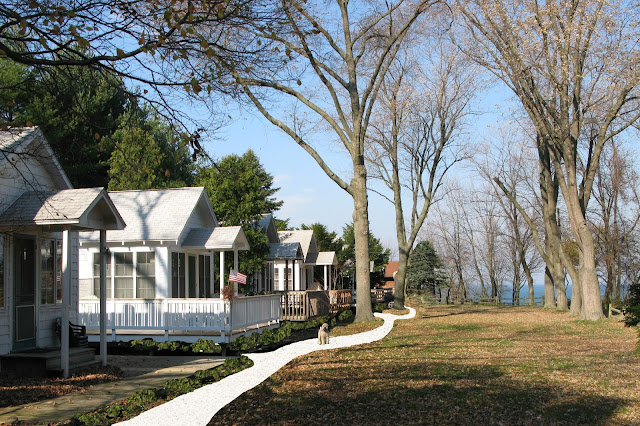 in order to demonstrate how nice a curvy new sidewalk could look.

Thanks to my brother Paul for the idea...
I think the picture of my sweet dog, Burly, really helped sell the plan.


Well, I guess I finally wore everyone down
and they all agreed to spring for new concrete!
Everywhere!

In truth, there were several owners that also really wanted to do this
and we all worked together to get it done.

Here is the new sidewalk just after it was completed in the fall of 2011. 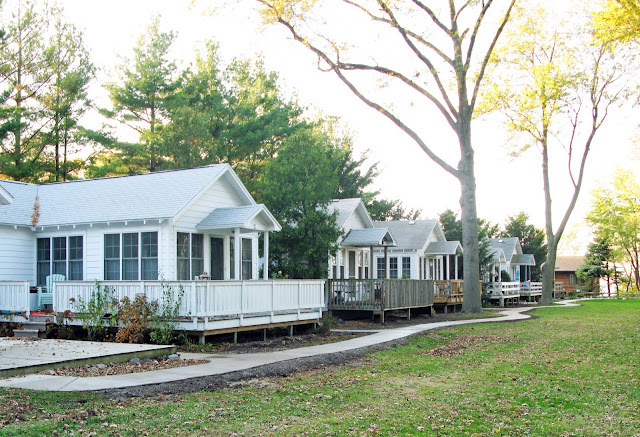 It had to get uglier before it got better.
It was a big, messy job.
But worth it, I think.

Each cottage now has an area between the decks and the sidewalk to plant as they please.
And we all have a little more space and privacy.
Not to mention a much nicer sidealk. 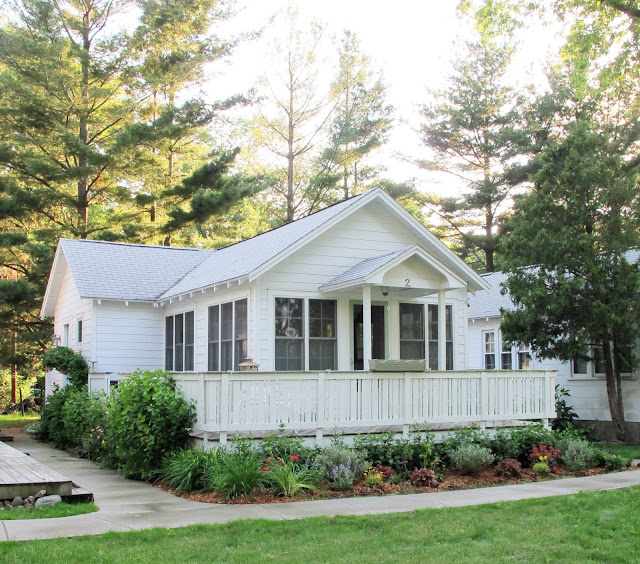 I'm throwing this picture in so you can see the cottage, Before.
Before everything. 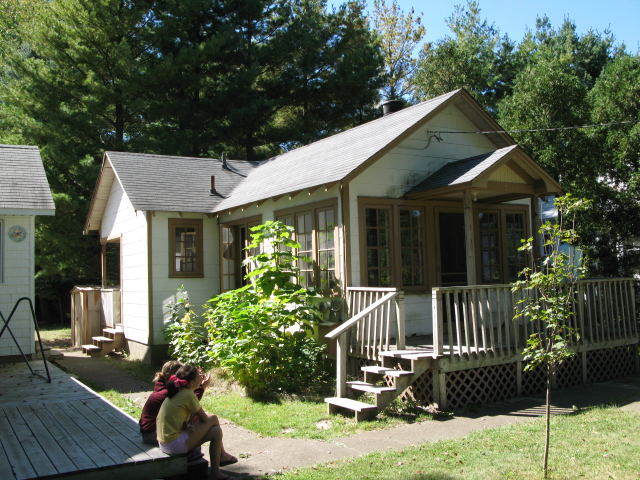 To this day, I cannot believe that I talked Mr. Grand into buying this place!!!


But look at it now...
Here's the side view of the new deck and the flowers we planted there in 2010.
They've had a few summers to get established. 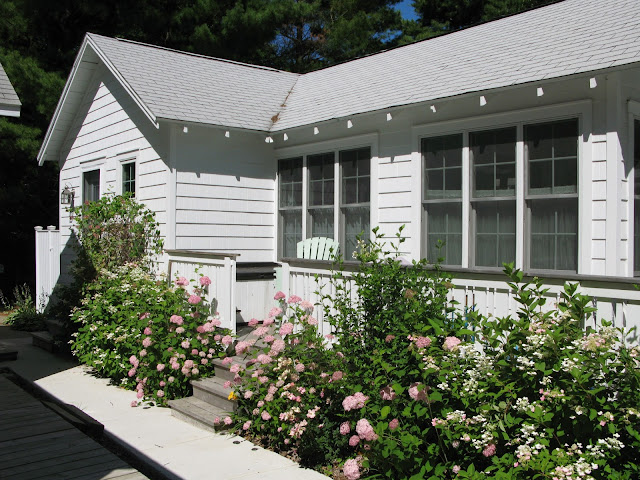 The grass around the new sidewalk has been repaired
and we've planted lots of perennials in the front now, too.

Lots more blue Rose of Sharon, Quick Fire Hydrangeas, Heuchera and Coneflowers.
Our fingers are crossed that they love it at Beachaven as much as we do.... 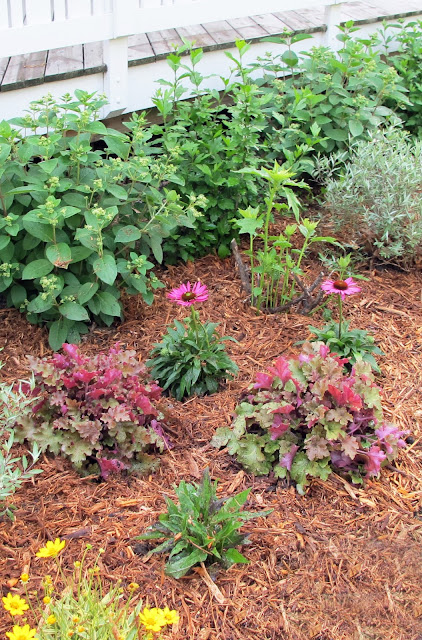 So much prettier now... 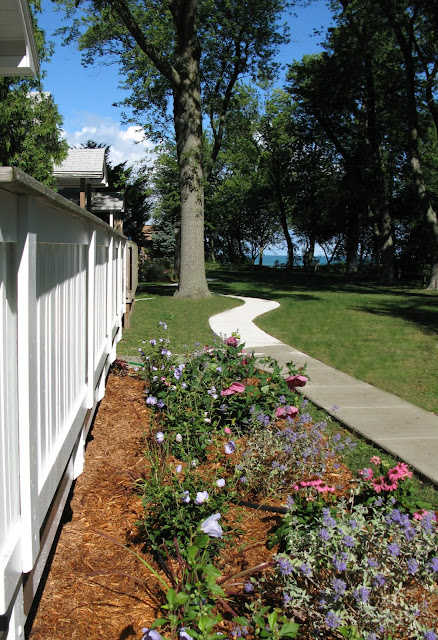 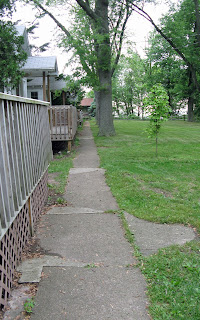 
We also replaced the concrete patios and the sidewalks between the cottages.

Here's the Before of the back entrance to our cottage,
complete with the previous owner's lovely shed on the left. 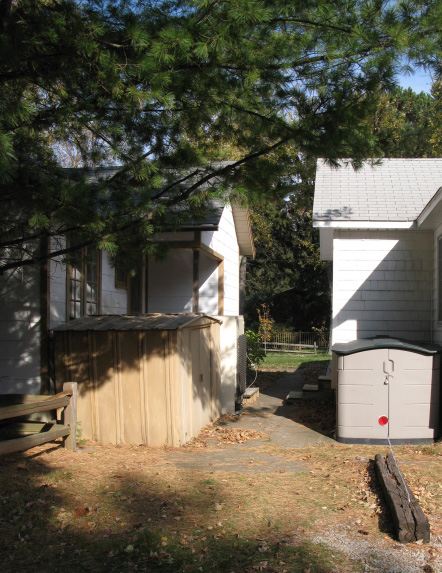 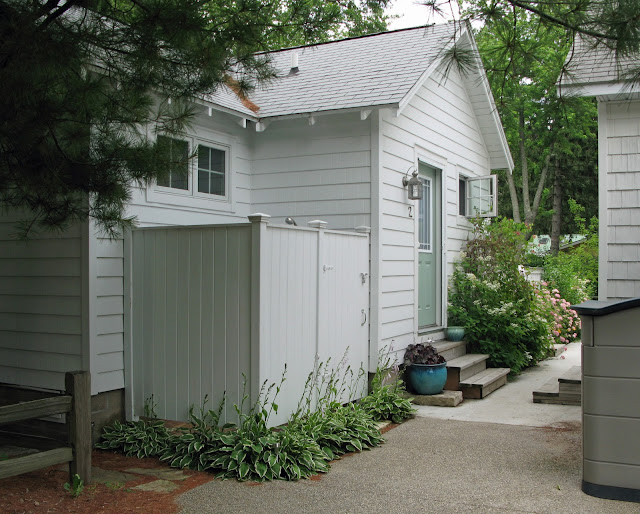 The shed is gone, the cottage is remodeled, the concrete is replaced
and the outside shower is now in a much nicer neighborhood!
You can read about the outside shower that Mr. Grand built here.
I think it's one of our favorite projects, EVER. 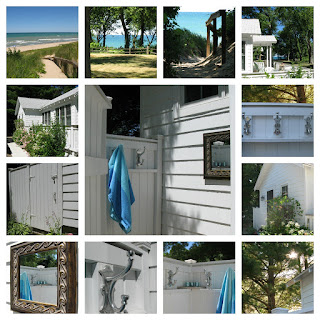 This year, we are finally looking forward to a summer at the lake
with no major projects to do!
That'll be a first!


Linking to:
The Scoop at Cedar Hill Ranch
Metamorphosis Monday at Between Naps on the Porch
Wow Us Wednesdays at Savvy Southern Style
Feathered Nest Friday at French Country Cottage
Fabulously Creative Link Party at Jennifer Rizzo
Oh The Places I've Been at The Tablescaper